Naomi Feil is the developer of Validation. She was born in Munich in 1932, and grew up in the Montefiore Home for the Aged in Cleveland Ohio, where her father was the administrator and her mother, the head of the Social Service Department. This unique background gave her insight into the world of the elderly. They were her neighbors and her friends growing up.

After graduating with a Master’s degree in Social Work from Columbia University in New York, she began working with the elderly. Between 1963 and 1980 Naomi developed Validation as a response to her dissatisfaction with traditional methods of working with the severely disoriented old-old people who were her clients.

In 1982 she published her first book, Validation: The Feil Method. Her second book, The Validation Breakthrough, was first published in 1993. Feil and her husband have made many films and videos about aging and Validation. Since the mid-1970s, Feil has done over 900 workshops in the United States and Canada, plus almost 1000 workshops in Europe and Asia.

Vicki oversees organizational operations and is a Validation Master. She lives in The Hague, The Netherlands. She has a BFA from Boston University, an MBA from Fordham University and did her nursing degree at Higher Technical School of Amsterdam.

Together with her mother, Naomi Feil, she revised the books, Validation: the Feil Method and The Validation Breakthrough. She authored Validation Techniques for Dementia Care: the Family Guide to Improving Communication and a new workbook: Communicate with older adults with cognitive decline: Validation for First  Responders.

Since 1989, Vicki has given Validation workshops, lectures and training programs in Austria, Belgium, China, Denmark, England, Finland, France, Great Britain, Germany, Ireland, Israel, Italy, Japan, Jordan, Luxemburg, the Netherlands, Spain, Sweden and the United States. She has also worked in nursing home facilities in Amsterdam, leading Validation groups and training staff. Vicki is proud of her contributions to the development of Validation certification levels, curricula, the VTI quality standards, guidelines, and the Authorized Validation Organization (AVO) structure for offering training around the world. 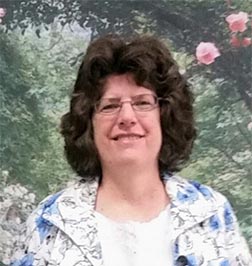 Jana has a BM in Music Therapy from Eastern New Mexico University and a MM in Music Education from East Carolina University.

Jana first began her affiliation with the VTI by managing the first U.S. Authorized Validation Organization from 1998 to 2013. During that time received her Validation Worker Certification. She has worked for the VTI since 2014.

Meaghan oversees the organization’s fundraising efforts. She currently lives in Washington D.C.  Meaghan began her consulting practice in July 2015. Since that time, she has worked with local government agencies, for-profit, not-for-profit and start-up organizations in both the Washington D.C. metro area and San Francisco. Edward handles many of the organization’s technology issues and research efforts. He currently lives in Oregon.
Ed has a PhD from the University of Oregon, a B.A from University of Michigan. He is an educational psychologist and Senior Research Scientist at Oregon Research Institute. His research has focused on early childhood and incorporating internet technology into the delivery of evidence-based interventions to hard to reach populations. Ed is the son of Naomi Feil and following in the footsteps of his father Edward R. Feil creating new videos for the Validation Training Institute.